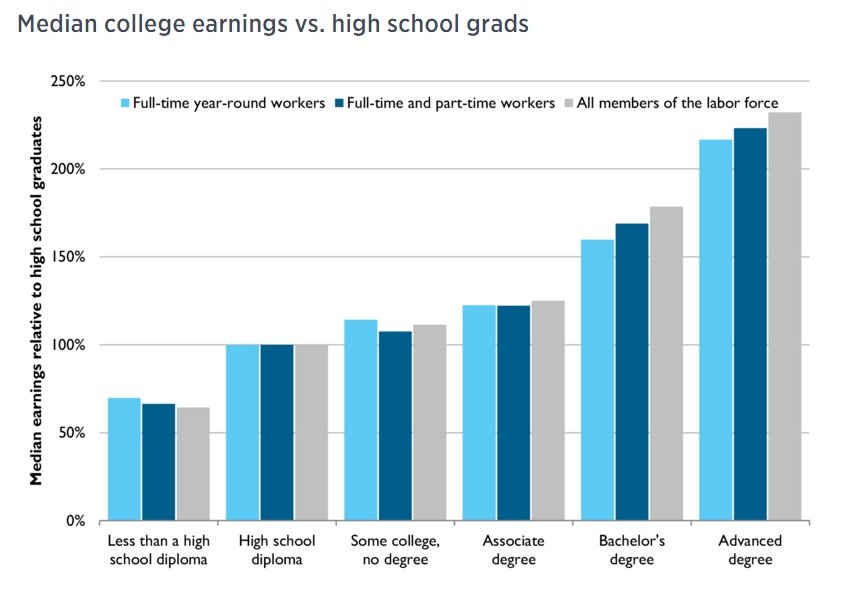 If you want to file for bankruptcy protection in Virginia, Maryland or Washington, D.C., then your case will be controlled by the law of the Fourth Circuit. The Fourth Circuit applies the “Brunner test,” based on Brunner v. New York State Higher Education Services Corp., 831 F.2d 395 (2d Cir. 1987). The Brunner test is a three-part test that requires the debtor to prove the following:

In many cases, the debtor can meet the first and third parts of this test, but cannot prove the “additional circumstances” required in the second part. Courts have called the second part “a demanding requirement,” one even that necessitates a “certainty of hopelessness” that the debtor will not be able to repay the student loans. In re Brightful, 267 F.3d 324, 267 (3d Cir. 2001). Most debtors who file bankruptcy are doing so to improve their financial conditions with the hope that their lots in life will get better. Most debtors, therefore, by definition fail the second part of the Brunner test. Debtors, according to the court, have too much hope.

There are lots of companies springing up, all of a sudden, and claiming that student loans are dischargeable in bankruptcy. Don’t believe the hype. Brunner is still the law of the land.

Take, for example, the case of Roberta Spence, In re Spence, 541 F.3d 538 (4th Cir. 2008). Ms. Spence obtained her undergraduate and master of arts degrees at Wichita State University, and finished her Ph.D. at American University, although she did not complete her dissertation. Unable to find work in her profession, Ms. Spence finally obtained full-time employment with E*Trade, five years after her Ph.D. program was completed. As a mail services specialist at E*Trade, Ms. Spence earned approximately $26,000 annually. When she filed her bankruptcy, she was running a monthly income deficit of $122, and her student loan total was approximately $166,000. Obviously, Ms. Spence would be repaying her student loans for a long, long time. The court was unmoved:

We conclude that Ms. Spence has not met this exacting standard. She is now in her late 60s and has a low paying job,but she is by all accounts a reliable, diligent worker with amaster’s degree along with completed Ph.D. course work. Her grades were excellent, and her education is not so outdated that higher-paying alternatives would be unreachable. Ms.Spence suffers from diabetes and high blood pressure, but neither these ailments nor any other age-related health problems affect her ability to work full-time. She has had difficulty obtaining a higher paying position, but she has not actively sought other employment or even updated her resume since obtaining the full-time job at E*trade. . . . We are not unsympathetic to the disadvantages of her current circumstances, but the facts point to no “additional circumstances,” outside of the normal hardships faced by bankruptcy petitioners, that would render her situation hopeless.

In other words, the inability to repay student loans is not sufficient to obtain a discharge through bankruptcy. In this case, a diabetic single woman in her late 60s with an apparently worthless education and making $26K a year was unable to discharge her student loans. The “not unsympathetic” Fourth Circuit’s response: you’re not hopeless enough.

Actually, there is some hope on the horizon. The pending Private Student Loan Bankruptcy Fairness Act of 2010 would amend the federal Bankruptcy Code to remove qualified educational loans as an exception to discharge from bankruptcy. As of September 15, 2010, the bill has been approved by two subcommittees, but seems unlikely to move forward very quickly with the current political makeup of the House of Representatives.

In addition, you can file a Chapter 7 to discharge all eligible debts (credit cards, medical debts, payday loans, old utility bills, etc.) which allows you to free up income to pay your student loans. Use a Chapter 7 bankruptcy to wipe out dischargeable debt and free up money to pay debt you cannot discharge in bankruptcy.

In most Chapter 13 cases, student loans receive the same percentage payment as other unsecured debts. If you are considering filing a Chapter 13 to repay student loans, it is critical that you work with your attorney to ensure that the student loan receives a substantial payment each month both to cover the accrued interest and to reduce a portion of the principal balance.