I just finished reading the 12th Edition of State of Working America, which provides some excellent insights into the effects of the Great Recession on American wealth. The book is the work of the Economic Policy Institute, a nonpartisan, nonprofit Washington, D.C. think tank, created in 1986 to broaden the discussion about economic policy to include the interests of low- and middle-income workers. EPI is the original and premier think tank focusing on low- and middle-income American economics.

The effects of the Great Recession on American wealth

Racial and ethnic disparities compound already profound wealth inequalities. After the Great Recession (officially dated as December 2007 to June 2009) the median net worth of black households was $4,900. For Hispanic households, it was $1,300, and for white households, $97,000.

As of 2010, more than one-third (35.1 percent) of U.S. households had wealth holdings so low that they were extremely vulnerable to financial distress and insecurity. Today Black and Hispanic households are nearly twice as likely as white households to have zero or negative net worth. 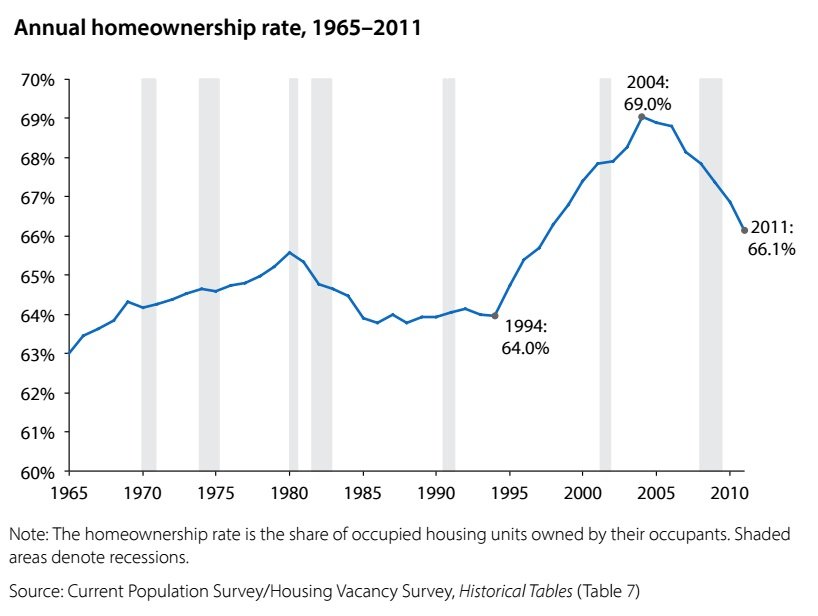 Central bankers largely ignored the striking, dramatic run-up in home prices from the mid-1990s to 2006. They did nothing to slow the bubble’s expansion. As home prices escalated dramatically, the share of home value for homeowners did not for two reasons. First, because homeowners increasingly took out home equity loans, or HELOCs. And second, because home buyers were increasingly likely to provide a relatively small down payment.

The Great Recession took a disproportionately heavy toll on the middle class: there were more than a million foreclosures in the first half of 2009.

Debt is not necessarily a problem. Access to debt allows households to buy houses and cars, invest in education, purchase high-cost items, and cope with short-term economic setbacks such as unemployment or illness. Debt becomes a burden only when required debt payments crowd out other economic obligations or opportunities.

Debt incurred for education has substantially increased in the last two decades. Students taking on education loans take a gamble that an advanced degree will be rewarded in the job market. For many students graduating into the weak labor markets of the Great Recession, however, this gamble has led to great economic distress, through no fault of their own.

As of 2010, U.S. median wealth ($52,752) was the fourth-lowest among the 20 wealthiest advanced countries. Median wealth in twelve countries (Australia, Italy, Belgium, Japan, the United Kingdom, Switzerland, Ireland, France, Canada, Austria, Norway, and Finland) is at least 60 percent higher than the median wealth in the United States. 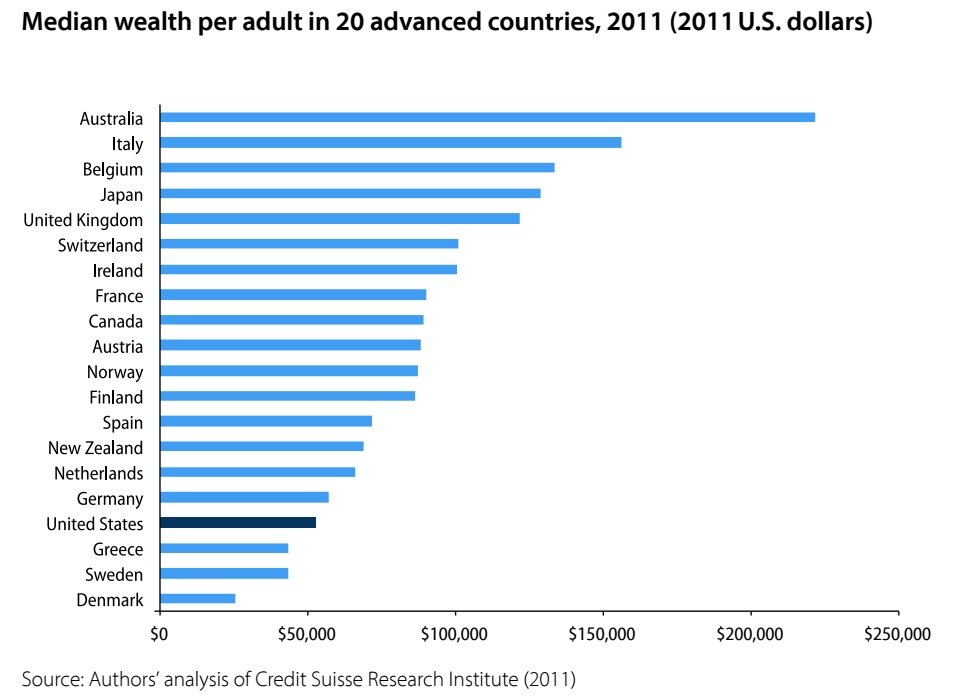 Fewer than half of U.S. households have any stock holdings, including in retirement accounts and pension funds. And less than a third of all households have stock holdings worth $10,000 or more. Most families depend on labor income alone to meet their financial obligations, and have very little in the way of a financial cushion that can be cashed in during times of economic hardship.

The loss of wealth due to the housing bust and the Great Recession further increased an already vast wealth divide in the United States. The richest 1 percent of American households saw 15.6 percent of their wealth eliminated between 2007 and 2010, but the middle fifth (the middle class) saw nearly half (45.3 percent) of their wealth eliminated. The effects of the Great Recession on American wealth are still being felt today.