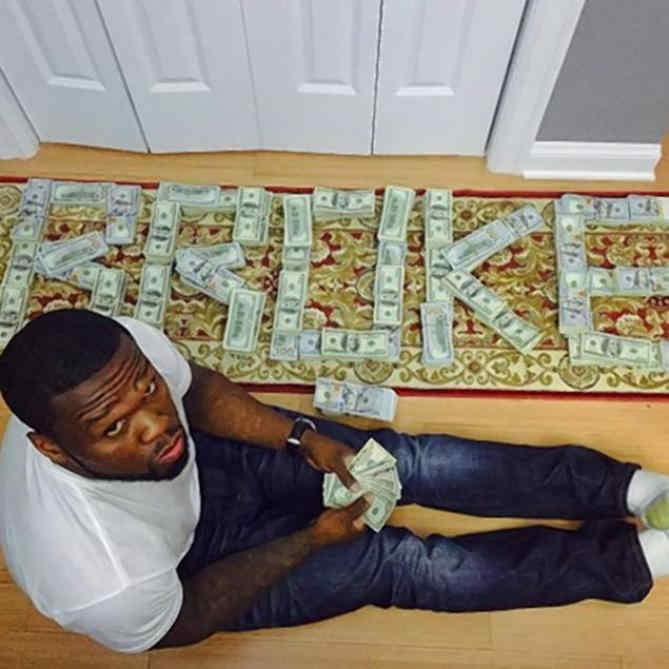 Most people associate Chapter 11 with business bankruptcy. But Chapter 11 can also be used to reorganize the finances of individuals who have debt levels above the Chapter 13 thresholds, or who own assets that cannot be protected in Chapter 7.

Jackson’s bankruptcy lawyers said in a statement that Chapter 11 would allow “Mr. Jackson to reorganize his financial affairs as he addresses various professional liabilities…” That’s one way of putting it. On July 24, 2015, just 10 days before Jackson filed for bankruptcy protection, a jury ordered the hip-hop star to pay $7 million to a woman whose sex tape he released online. Hardly a “professional liability.”

You do not have to be broke to file bankruptcy

Obviously, 50 Cent is not broke. In 2015, Forbes named 50 Cent the fourth wealthiest hip-hop artist, citing his net worth as $155 million.

50 Cent is not broke — he’s insolvent. Although he has assets, he is unable to meet his current debt obligations.

Chapter 11 could be the right solution for Jackson, that is, as long as he doesn’t keep flaunting how “broke” he is on social media, like he did recently on Instagram in the picture above. “My social media posts are a vehicle to perpetuate the demand for my music and entertainment services,” the rapper told the bankruptcy court in an affidavit. “Just because I am sensitive to the needs of maintaining my brand does not mean that I am hiding assets or that I have lied on my filings in the bankruptcy case . . . I take my responsibilities and obligations imposed by the bankruptcy code very seriously and have truthfully responded to questions from creditors,” he said.

For Jackson’s sake, let’s hope he’s telling the truth, because the United States Trustee has moved the bankruptcy court for an independent review of his assets. Bankruptcy fraud can have serious consequences, as Major League Baseball center fielder Lenny Dykstra and Real Housewives of New Jersey star Teresa Guidice have learned the hard way. You do not have to be broke to file bankruptcy, but you do have to be honest about your income and assets, debts and expenses.