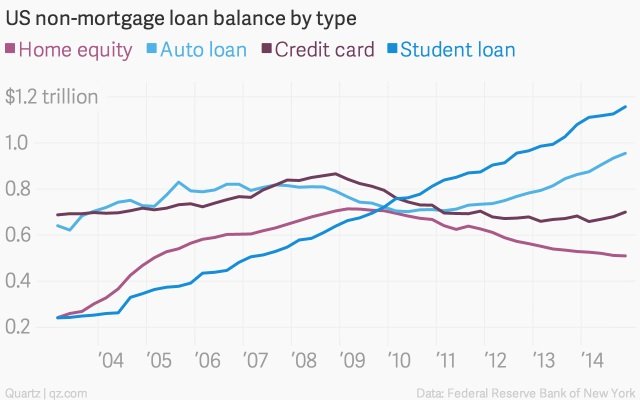 In 2016, 43 million Americans carried a total of over $1.3 trillion in student debt. More than 40% of the nearly 22 million borrowers with federal student loans were in default or behind on their payments. Student loan defaults have been compared to the subprime mortgage meltdown of 2007-2010.

In 2017, Americans owed over $1.48 trillion in student loan debt, $620 billion more than total U.S. credit card debt. A record 8.5 million federal former students were in default as of June 2017. The number of students unable to pay back their school debt has increased every year for the last 14 years. Tens of millions of borrowers are behind on federal and private student loans.

The Chapter 7 bankruptcy discharge is the solution to increasing student loan defaults.

Not every student will file bankruptcy to discharge student loans. And banks will have to choose more carefully which student and for what type of degree they are willing to risk default.

Legislative initiatives undertaken in 2016 and 2017 seek to improve the availability of the Chapter 7 discharge to overburdened student borrowers. We also seek more transparency during loan origination and greater consumer protections during collection.

We can blame poor servicing and even, in some cases, financial aid fraud for stubbornly high defaults. But every week Lee Legal receives inquiries from student loan borrowers who are simply overwhelmed with their student loan debts. They can’t even make their minimum payments under IBR. The Congress must eventually act. Student loan debt affects every aspect of the economy, from consumer spending to homeownership.

Since 2007, total student debt has more than doubled. We believe that the solution to increasing student loan defaults is the Chapter 7 bankruptcy discharge.