Bank of America’s 2016 Insights on Wealth and Worth survey of the wealthy contains some very interesting findings. The survey studies the attitudes and behavior of wealthy and very wealthy adults in the United States. U.S. Trust, which operates as a division of Bank of America Private Wealth Management, has been surveying the perspective of the wealthy since 1993.

684 high-net-worth adult responded to the survey. Of those, 37% of the respondents were age 18-51, and 63% were age 52 or older. 65% of the respondents were men and 35% were women. 86% were currently married or living with a partner, and of those who were married, 75% were in their first marriage. Finally, 43% were retired, 25% were business owners, and 28% were employed full- or part-time. The survey results did not break down respondents according to ethnicity.

The survey of the wealthy was purely optional, so the common caveats associated with survey self-selection bias apply. Here are some key takeaways: 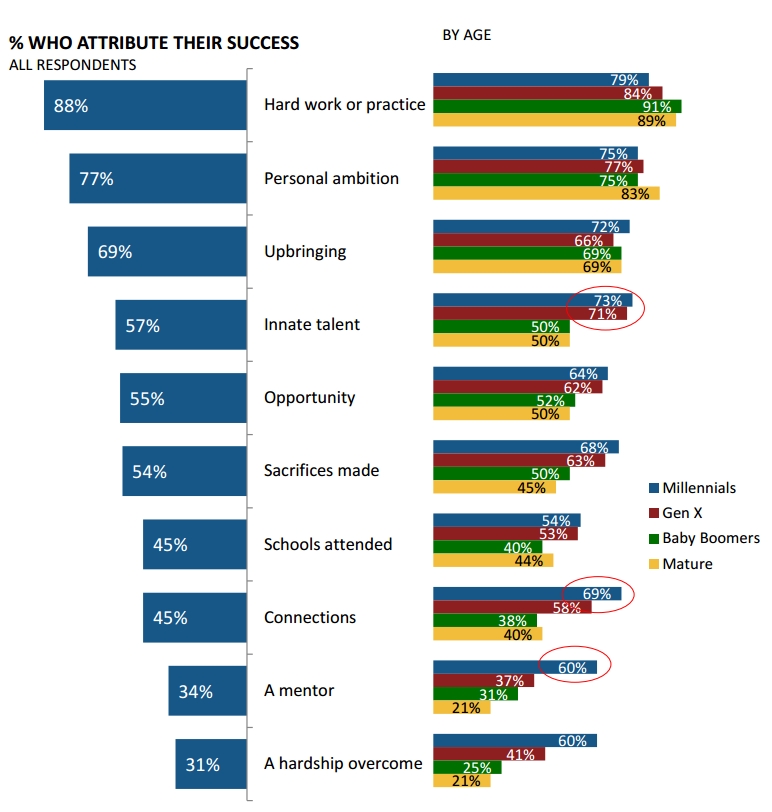 Meanwhile, housing, food, and transportation are stretching American household budgets further and further. These costs comprise about two-thirds of the average family’s spending. Bank of America’s 2016 survey of the wealthy offers some key insights into the disconnect of America’s 1%, who don’t share these concerns.

This was most evident in Millennials, aged 18-35. While surveyed Millennials were notably more likely to say that 50% or more of their wealth was inherited, they attributed their wealth to hard work (79%) or innate talent (73%). To reduce the startling income inequality present in America today, we must understand this disconnect.