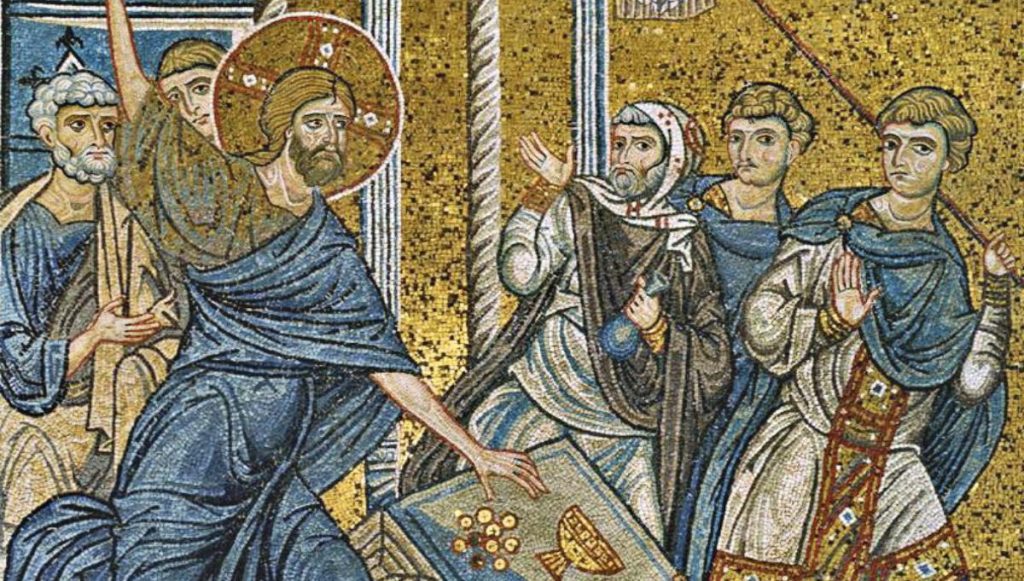 Deuteronomy defines bankruptcy in the Bible. But the Bible also frequently mentions lending, fair pay, creditors, interest payments, and money in general. Let’s start out with one of Jesus’ most important messages before we take a look at the Old Testament.

You may know of the so-called Golden Rule from the Sermon on the Mount: Do unto others as you would have them do unto you. But there is another, less-cited Golden Rule in the Bible.

The rich rule over the poor, and the borrower is the slave of the lender.

Thus, in the Bible, borrowers are slaves to the rich. In other words, he who has the gold makes the rules. This may be common knowledge today, but eight or nine thousand years ago it was hardly conventional wisdom.

Biblical ambivalence toward money is both prevalent and palpable. In fact, the Bible contains stern words for borrowers and lenders alike.

Once a borrower has the money in hand, the Bible is silent. In the Bible, most people desire to repay what they owe.

On the other hand, only the wicked borrow with no intention of repaying. These debtors, according to the Bible, go to hell. Psalms contrasts them with the generous, who give instead of borrowing:

The wicked borrows but does not pay back, but the righteous is generous and gives.

Yet the Bible visits its wrath upon borrowers with premeditated evil intent, and not upon borrowers in general. Instead, it advises the careful consideration of acceptance of credit:

The Bible Takes Creditors to Task

The Bible makes no qualms about the spiritual dangers of making money for money’s sake:

The love of money is a root of all kinds of evils.

And creditors are encouraged to earn the love of those to whom they lend.

Two men were debtors to a certain moneylender. One owed him five hundred, and the other fifty. When they were unable to repay him, he forgave both of them. Which one, then, will love him more?

And early in the Torah, the Bible makes clear that the exaction of interest from the poor is a sin:

If you lend money to any of my people with you who is poor, you shall not be like a moneylender to him, and you shall not exact interest from him.

Jesus went into the temple of God, and cast out all them that sold and bought in the temple, and overthrew the tables of the moneychangers, and the seats of them that sold doves. And he said unto them, “My house shall be a house of prayer; but you have made it a den of thieves.”

The expulsion of the moneychangers from the temple is so important in the New Testament that it is described in all of the first four books. See also Mark 11:15-19, Luke 19:45-48, and John 2:13-16. The moneychangers in biblical times exchanged one currency for another for a fee. Their profession was not favored by the Lord.

The Bible has plenty to say about employers, too. For instance, just to name one, look at Deuteronomy 24:14–15: “Do not take advantage of a hired worker who is poor and needy.”

Bankruptcy in the Bible

The first truly codified bankruptcy laws were the Statute of Bankrupts (1542) in England. But bankruptcy in practice has existed much longer. Approximately 3,300 years earlier, in Deuteronomy, a book in the Old Testament, it was written:

At the end of every seven years thou shalt make a release: Every creditor that lendeth ought unto his neighbour shall release it; he shall not exact it of his neighbour, or of his brother; because it is called the Lord’s release.

This Biblical “release” is another word for bankruptcy. If a debtor can’t repay a debt in seven years, the lender should release the debtor.

2 Comments on Bankruptcy in the Bible