The student loan ombudsman for the Consumer Financial Protection Bureau, Seth Frotman, resigned on August 27, 2018. On his way out, he blasted CFPB Acting Director Mick Mulvaney, writing that the director has abandoned the CFPB’s mission to protect consumers. 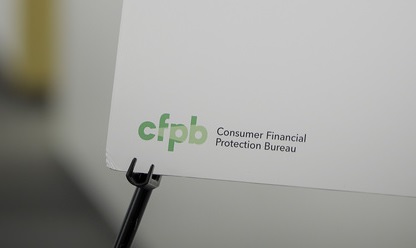 Congress created the office of the student loan ombudsman at the CFPB to protect student loan borrowers. The ombudsman’s office fills the need for dedicated attention to student loan complaints nationwide. In his resignation letter, Frotman lambastes Mulvaney for preventing career CFPB staff from doing their jobs.

Unfortunately, under your leadership,
the Bureau has abandoned
the very consumers it is tasked
by Congress with protecting.
Instead, you have used the Bureau
to serve the wishes
of the most powerful
financial companies in America.

Frotman’s complaints are non-partisan in nature. His resignation resulted from specific deficiencies in the CFPB’s pursuit of its congressional mandate to protect student loan borrowers.

Laments of the student loan ombudsman

Undercutting law enforcement. In September 2017, the Department of Education cut off the CFPB from enforcing student loan actions, calling the CFPB “overreaching and unaccountable.” The move hardly came as a surprise from the Trump administration, which has taken many actions seen as friendly to the student loan industry.

Undermining the independence of the CFPB. Frotman bemoans the Department of Education’s “unprecedented and illegal attempts to preempt state consumer laws.” Specifically, the Bureau has “blocked efforts” to protect “families ripped off by predatory for-profit schools.”

Shielding bad actors from scrutiny. The CFPB under Mulvaney, writes Frotman, has chosen “to leave students vulnerable to predatory practices” and “turned its back on young people and their financial futures.”

“Sadly, the damage you have done to the Bureau betrays these families and sacrifices the financial futures of millions of Americans,” Frotman writes. “I remain committed to fighting on behalf of borrowers who are trapped in a broken student loan system.”

Our student loan system is broken. We need to find ways to relieve young people of the massive debt resulting from attempting to get an education. Lee Legal advocates for the reinstatement of the student loan discharge in bankruptcy. Other solutions exist, too. But don’t count on the CFPB under Trump to look out for student borrowers.