Most business disputes are the result of a breach of contract. Since contracts are written documents, the language of the contract, as well as the actions of the parties, will determine whether the dispute will result in litigation. Be reasonable and attempt to settle first, but also know when it’s time to sue. 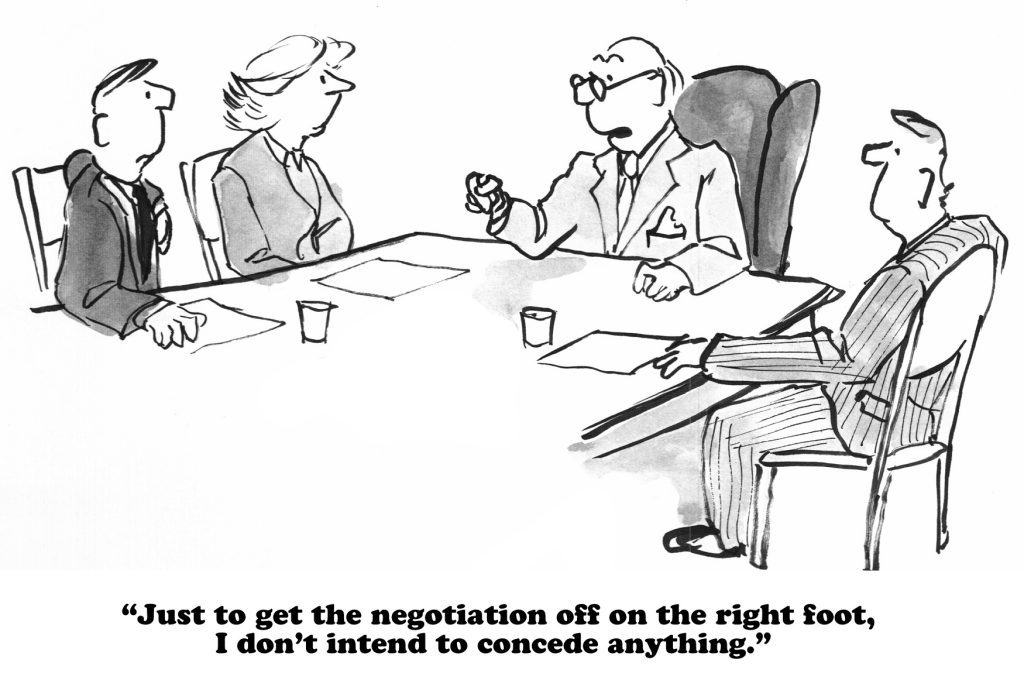 Corporations are people, my friend

People can be unreasonable, especially when it comes to money. Many people tend to see things only from their points of view. Personal biases and relationship histories can inject themselves into otherwise resolvable disputes between people. He said, she said, half-lies and half-truths. If it’s going to be a knock-down, drag-out fight to determine the truth, sometimes it’s better just to take it to a judge or jury.

Businesses are supposed to be more reasonable than people. But businesses are owned and operated by people. Business disputes often have the same sort of unnecessary drama as custody or personal injury lawsuits.

In most cases, we will suggest that you attempt to settle first. If you can avoid the time and money associated with litigation, then it may actually be worth a discount on your claim to resolve the dispute quickly and amicably.

Attempting settlement with the counterparty also helps to establish your credibility as a reasonable litigant. If your adversary proves to be obstinate or otherwise counterproductive, then settlement may not be possible at all. Some parties ignore all attempts at settlement, figuring that you may never sue.

When it’s time to sue

You will have to file a lawsuit if the other party does not respond to your demands. You will have to sue if the other party terminates or modifies or otherwise breaches your contract and denies recourse. If a service, vendor, or other business indicates unwillingness to resolve your complaint, it’s time to sue. If your dispute involves more than a monetary award, settlement may not be possible without litigation.

Be the grown-up and attempt settlement. But when it’s time to sue, don’t depreciate your claim by delaying. Force the business to explain itself in a public forum.

Anger won’t get you very far in a business dispute. To make smart decisions in litigation, don’t get mad. Get paid instead. Push your feelings aside. Look at the dispute as the unfortunate cost of doing business. Getting mad is your lawyer’s job. You have a business to run.

Call us if you have a business dispute