Retirement is supposed to be a time to leave behind the hassles and stress of the workforce. In many ways, retirement is the reward for a lifetime’s contribution to the economy and country. We usually consider student loans to be a problem for the young. But today’s retirees increasingly face crushing student loan burdens. Believe it or not, student loans are jeopardizing retirement for millions of older Americans.

Seniors are taking on more debt in general 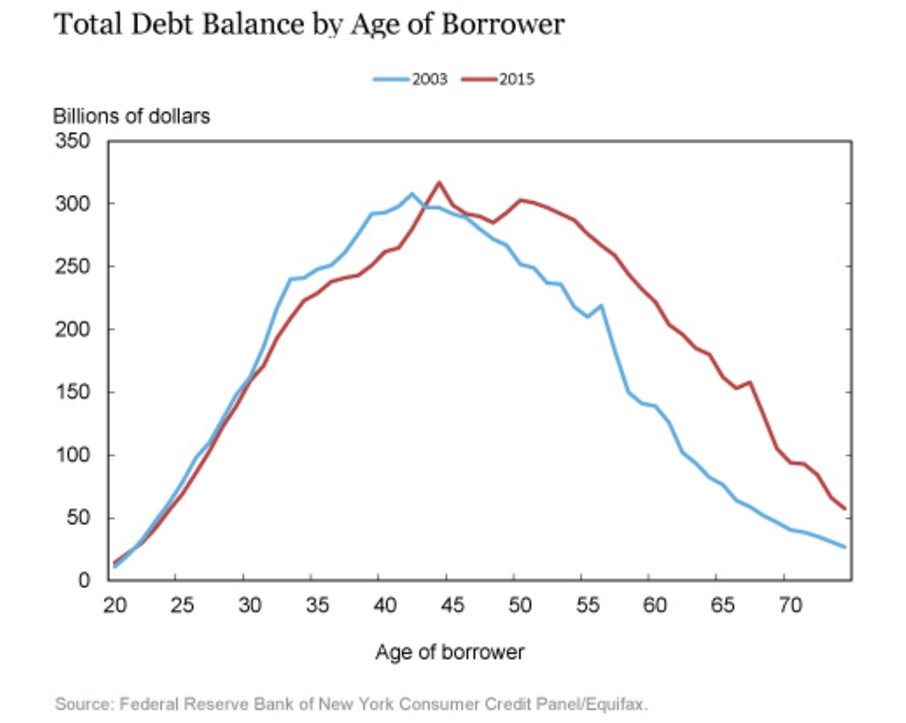 Seniors have more student debt than ever

And more and more seniors are defaulting on those loans. About 5% of the $85 billion delinquent student loans in the U.S. is owed by borrowers ages 60 and over. And another 12% of the total is the responsibility of Americans ages 50 to 59. 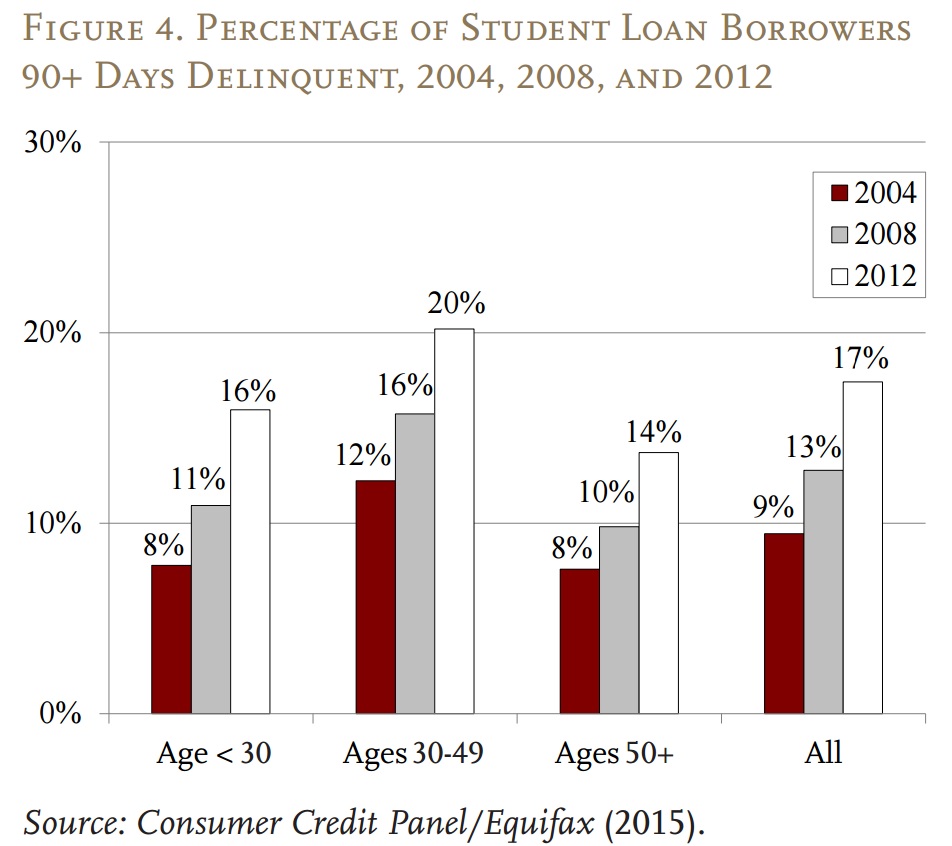 If you default on a student loan, upon your retirement the government can take up to 15 percent of your Social Security, disability and retirement benefits to offset the money that’s due. Older borrowers are seeing their social security checks garnished and tax refunds seized for repayment of delinquent student loans.

Older Americans are increasingly finding it necessary to keep working past retirement age. The Great Recession has exacerbated this problem, and now many older Americans have found that a college degree led not to a prosperous career but instead to a lifetime under the shadow of debt.

Pre-retirees are feeling the crunch, too

55% of pre-retirees expressed concern about burning through their assets too quickly during retirement. Apparently, they have good reason.

If today’s working-age households had the same level of student debt as those recently leaving college – an additional 4.6 percent of households would be at risk of having inadequate income in retirement. This change represents a substantial increase in the already alarming rate of households at risk – from 51.6 percent to 56.2 percent. Obviously, we need to do something about this.

The solution? Allow student loans to be discharged in bankruptcy

As a bankruptcy lawyer in Washington, D.C., Maryland and Virginia, I have previously advocated that student loans should be dischargeable in bankruptcy. This is especially true where student loan lenders require parents and grandparents to co-sign for their children and grandchildren. In those cases, seniors should be able to discharge those student loans, for which they received no direct benefit. And most retirement accounts and Social Security income are exempt from distribution in bankruptcy. So protecting retirement savings and income would not be a cumbersome change to the Bankruptcy Code.